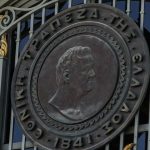 The Economist magazine has called on Greece’s creditors to “stop pretending and settle Greece’s finances once and for all”. In an article that has been picked up by all major Greek media outlets, the UK magazine argues that “a new grand bargain is required”, now that “new prime minister, Kyriakos Mitsotakis, is trying to get Greece back on its feet”.

Most notably, according to The Economist, it is unrealistic to demand the Greek economy delivers on 3.5% primary surplus targets. It also backs calls by the IMF to finally offer proper debt relief to Greece, since the country’s economy is still squeezed and in need of fiscal easing.

The magazine comments that Greece’s bailout deal “was designed to look tough in order to be palatable to electorates in the north of Europe, who hate the idea of bailing out southerners, but experts agree that it is wildly unrealistic”.