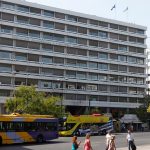 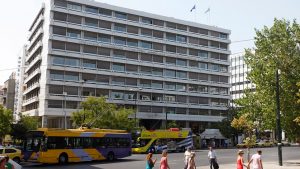 The primary surplus is forecast to be 3.56% of the GDP next year in the draft budget of 2020, according to a statement by Deputy Finance Minister Theodoros Skylakakis.

On the occasion of the tabling of the draft budget to the Parliament by the Minister of Finance, Christos Staikouras, the Deputy Finance Minister responsible for Fiscal Policy made the following statement: “The draft budget projects a significant rise in the growth rate from 1.5% in the first six-month term of 2019 to 2.8%. It thus signals a radical shift in economic policy from hyper-taxation and disinvestment to growth, employment and the increase in disposable income of all citizens.”

The draft budget will include all tax relief measures announced by Prime Minister Kyriakos Mitsotakis and will be submitted to the European Commission on October 15.

It also provides for a decrease in unemployment (from 17.4% to 15.6%) and a significant increase in private consumption ( 1.8%) and investment ( 13.4%), reflecting an increase in disposable income through the reduction of tax rates and re-energising economic activity.