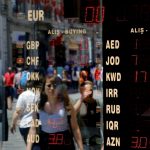 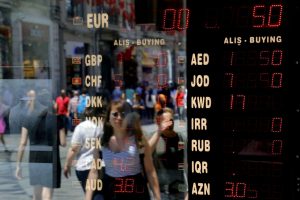 The lira weakened as Turkey announced the beginning of a military offensive into northeastern Syria, stymieing efforts by state banks to buttress the currency through dollar sales.

The Turkish currency reversed earlier gains to trade 0.5% weaker at 5.8565 per dollar as of 5:20 p.m in Istanbul. Earlier, state banks sold U.S. currency around the 5.84 per-dollar mark, according to four people familiar with the matter, who asked not to be identified as the information isn’t public. They bought about $1 billion-worth of lira on Monday and Tuesday, according to two of the people.

The currency posted its biggest decline since early August on Monday, amid concern that Turkey and the U.S. were lurching toward a fresh diplomatic crisis over Ankara’s plans in Syria. While American President Donald Trump tacitly endorsed the operation on Sunday, a day later he threatened to “obliterate” Turkey’s economy if it did anything he considered “off-limits.” 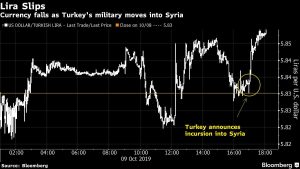 The dollar sales may revive a debate about the strength of the central bank’s foreign-currency buffers, which surfaced in the weeks leading up to municipal elections in March. At the time, state banks were said to have sold between $10 billion and $15 billion to stem the lira’s depreciation.