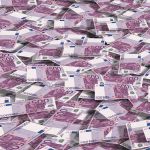 European Union taxpayers held assets worth at least $1.6 trillion offshore in 2016, equal to nearly 10 per cent of the bloc’s output, the European Commission said on Friday, estimating tax revenue losses at around $50 billion a year.

In a report, the Commission said taxpayers in Cyprus and Malta, which both belong to the euro currency area, held about 50 per cent of their wealth abroad, the highest in the bloc, against 12 per cent in France, 10 per cent in Germany and nearly 9 per cent in Britain, the three largest countries of the bloc.

Offshore holdings, although in many cases completely legal, could help taxpayers hide taxable money and cut their bills if they stash their savings in low-tax jurisdictions.

Wealth held abroad by EU citizens fell during the 2007-2010 global and EU financial crises, but rose again after that, EU data show, despite the bloc’s declared fight against tax avoidance and a global crackdown on international tax evasion begun in 2009.