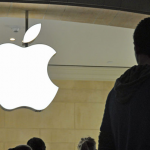 Apple has long been known as the world’s most profitable company, but those days are over. By preparing to be publicly listed, Saudi state oil company Saudi Aramco had to disclose company reports and was subsequentially rated by Moody’s to have earned US$111.1 billion in 2018, far surpassing competitors.

In fact, the Saudi company’s net profit equaled that of Apple, Google parent company Alphabet and Exxon Mobil combined, according to -. Previously, Saudi Aramco’s accounts had remained mostly secret since the company was nationalized in the 1970s.

Since profits are known only for publicly listed companies or those planning to become listed on a stock exchange, the earnings of a large number of companies around the world, especially state companies, remain unknown and are not included on the list. Saudi Aramco’s IPO was originally scheduled to take place in the previous year but has been rescheduled for 2021.