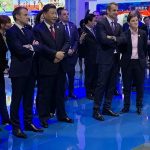 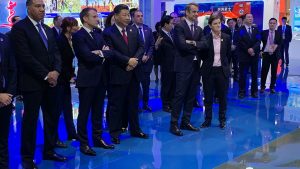 The head of the Public Power Corporation George Stasis was one of 93 representatives from 62 Greek companies and business entities that were part of the Greek delegation in Shanghai participated in scheduled meetings with hundreds of Chinese businessmen. Mr Stasis reportedly had discussions with leaders of the Development Bank of China who want to invest in PPC.

Meanwhile, the Prime Minister met on Tuesday with Daniel Yong Zhang, founder and chief executive of Ali Baba, and discussed Greece’s promotion through the Ali Express online platform, which has 700 million customers and holds the one-day sales record worth $ 30 billion with 1 billion parcel traffic.