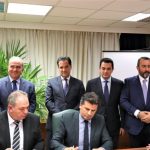 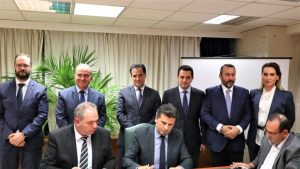 The Royal Sugar-Central Macedonian Cooperative Bank consortium was officially granted the lease to the two Hellenic Sugar Industry EBZ plants in Platy Imathias and Serres following an agreement signed late Tuesday at the Ministry of Development between the EBZ administration, the principal creditor (Piraeus Bank) and the consortium.

According to information, the total leasing price amounts to 490,000 euros excluding VAT, while the agreement provides for the absorption of the total beet production.

The Minister of Development & Investments, Adonis Georgiadis posted on his twitter account a photo writing the deal would put the plant into immediate operation.