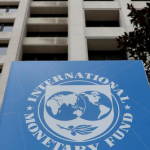 On 4 December, the Finance Minister, Christos Staikouras, will attend a Eurogroup meeting which is highly anticipated as it is set to determine the result of the 4th post-bailout review of the Greek economy by international creditors.

The IMF report is expected to focus on certain areas of the economy and issues that need to be addressed. The Washington-based Fund is set to reiterate its view that primary surplus targets need to be lowered; it is also expected to project growth in 2020 to come in at 2.8 percent.

More importantly for Athens, the IMF will reportedly urge the government to further reform the social security system, slash the tax-free income threshold, take action to address non-performing loans and widen the tax base.