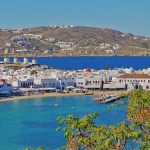 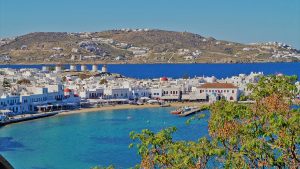 The German financial magazine Handelsblatt focuses on the rising interest of foreign investors in the Greek real estate market, stressing that this increased appeal had resulted in domestic tenants suffering as they are being pushed out by landowners who want to ride the wave of the market boom to raise their profit.

Citing data from the Bank of Greece, Handelsblatt points out that in the first half of 2019 foreign property purchases in Greece reached €737 million against just 306m in 2007, before the crisis. According to the report, the top (buyers) are Americans, followed by Germans, the British and the Dutch. Buyers from China came in the fifth spot. As the piece points out, this is a success of the” Golden Visa” program implemented by the Greek government to attract investors from outside the EU.

The German newspaper alludes to statistical listings of the Greek portal Spitogatos.gr, according to which foreign investors are mainly interested in “islands such as Santorini, Mykonos, Tinos, and Rhodes.” Increasingly, however, investors are expressing interest in real estate in Athens, Greece. This shows that, besides owning holiday-houses, there is a growing demand for real estate as an investment, where owners can make high profits on short-term leases through electronic platforms.

In central Athenian districts such as Koukaki, Pangrati, and Metz, Chinese investors have already made massive purchases of apartment buildings and are renting out apartments to tourists, which is particularly sad for Greek tenants home “.