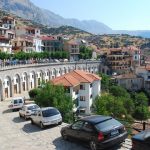 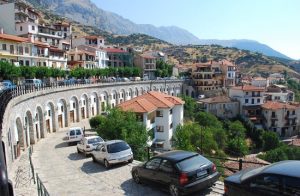 Coming fast on the rebound of apartments on Athens’ southern coast and the city center, and luxury villas on the islands the Cyclades, winter holiday homes have also entered a recovery course, having been among the first real estate categories to suffer from the financial crisis and see a protracted flatline in demand that lasted until 2017 at least, ekathimerini.com reports.

As 2019 draws to a close, the annual survey by Geoaxis Property & Valuations Services shows that home sale prices at selected winter holidays destinations have recorded an average annual increase of 8 percent, which is the biggest since 2008.

Geoaxis has discovered a general rise in prices across all of the areas surveyed. The biggest hike, amounting to 9.6 percent year-on-year, is seen in Trikala in the Peloponnese, a mountain village near Corinth that in recent years has evolved into a very popular destination for Athenians, thanks to its proximity to the capital.

Equally dynamic is central Greece’s Arachova near Delphi – the broader area is traditionally one of the country’s most significant winter destinations – which enjoyed a rise of 9.5 percent. Karpenisi, also in central Greece, posted an annual rise of 8.5 percent, while Aghios Athanasios in Pella, Central Macedonia, saw a 4 percent price increase.

The survey further indicates that the average surface area of the winter holiday homes on sale came to 171 square meters and their average age stood at 11 years, which is exactly the length of the crisis in this market. Consequently they are properties that had just been built when the financial crisis broke out and remained unsold despite the nosedive in prices.

According to the chief of Geoaxis, Yiannis Xylas, “the increase in the last 12 months reflects the consolidation of the return to financial and political normality, the expectation for a market recovery with future capital gains, the strengthening of winter tourism activity and the start of gradual access to easier borrowing.” Last year was the first since the outbreak of the crisis when winter holiday homes rates stopped dropping and recorded their first – albeit marginal – growth since 2008 by 0.7 percent. It followed an overall decline that in some areas had come to 62 percent.