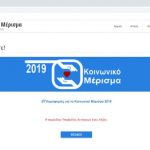 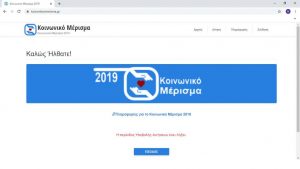 The application stage for the 700-euro ‘social dividend’ benefit is now completed, with the money expected to be paid into the accounts of the beneficiaries next Monday or Tuesday. According to figures collected via the electronic platform www.koinonikomerisma.gr where applications were submitted, more than 266,000 applications had been approved shortly before the deadline expired.

The platform will remain open until January 15 so that members of the public can express objections or appeal against rejections. If their appeal is successful, the money will be received at the start of 2020.

According to the finance ministry, more than 307,000 households or roughly one million citizens will receive the social dividend benefit this year.

Eligible households include those on a low income that have four or more children, those with one parent that is long-term unemployed, single-parent families, households where both parents are unemployed or where one member of the household is disabled.