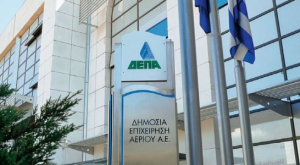 Through its strategic involvement in an array of pipeline and infrastructure projects, DEPA is becoming a key driver of Greece’s geopolitical upgrade and the diversification of supply sources for the wider region of South-East Europe.

DEPA establishes its position in the region through a series of significant international projects such as the acceleration of IGB pipeline construction, the participation in IGI Poseidon pipeline which interconnects Greece and Italy and, surely, booking capacity in TAP which, from 2020 onwards, will transport Caspian gas to Europe.

Developments around East Med Pipeline are also rapid, with the most recent being IGI Poseidon’s (the 50% – 50% JV between DEPA S.A. and Edison S.p.A ) BoD decision to fast track the completion of all pending stages that will bring the project to maturity. Actually, the €70 million Feasibility Study is accelerated, along with every other stage to complete the East Med pipeline’s design, which will also pave the way for the final investment decision.

All the above are just one part of DEPA’s multifaceted international activity. Prior to that, in October, a bilateral agreement was signed in Sofia for the start of IGB pipeline construction, a project overseen by ICGB AD, in which DEPA has a 25% stake.

The project is expected to go into operation in July 2021, with an initial capacity of 3 billion cubic meters. At first, the entire load of gas will come from TAP that will go into operation within 2020, delivering Azeri gas to European markets, in which DEPA has booked capacity of 1 billion cubic meters. Thus, through IGB, the company will supply the Bulgarian market with Caspian gas, “breaking” for the first time the existing Russian monopoly.

Another major development took place just yesterday, when the company’s Board of Directors approved the participation of DEPA, with a 20% stake, to the equity of GASTRADE, the company developing the FSRU project in Alexandroupolis.

The Terminal is complementary to the IGB pipeline and consists of an FSRU (Floating Storage Regasification Unit), anchored 10 km off the coastal area of ​​Alexandroupolis, with storage capacity up to 170,000 cubic meters of LNG and 22.7 million cubic meters daily regasification capacity, per day (8.3 billion m 3 / year), as well as a 28 km long onshore and subsea pipeline system.

The international presence of the company is also enhanced by the Greek-Italian energy interconnection through the IGI Poseidon pipeline, as well as the CYNERGY program that “breaks” Cyprus energy isolation by establishing a natural gas supply chain in the country.

Apart from its participation in international projects, equally important are the company’s long-term supply contracts with Russian Gazprom, Turkish BOTAS, Algerian Sonatrach, IGSC (Azerbaijan) through the TAP pipeline, as well as the procurement of significant quantities of LNG through the global SPOT market, at competitive prices. 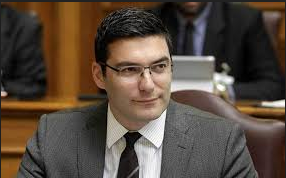 “For thirty years, DEPA has been a leading player in the Balkan energy sector, as well as an integral part of the European strategy for energy diversification and security of supply both of Greece and Europe.

At the same time, by deploying multilayered energy diplomacy and participating in major international projects, DEPA establishes Greece as a regional energy hub and upgrades its economic and geo-strategic importance.”

DEPA’s footprint is solid in the domestic energy market as well, where it recently prevailed in the tender process for the supply of PPC with natural gas for 2020. The company acknowledged as one of the two bidders, with the ability to supply PPC with 2 million MWh.