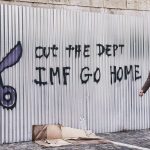 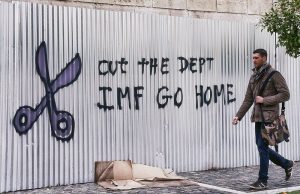 After almost a decade, the world’s lender of last resort is ready to leave Greece for good.

For a while, Europe’s most indebted nation had everyone worried the Mediterranean holiday destination was going to trigger the collapse of the euro. Its ups and downs had markets gyrating. Then came the biggest bailout in global financial history.

The International Monetary Fund led the effort to save Greece from itself. At the beginning of the 10-year crisis in Greece, the Washington-based institution had asked for a restructuring of country’s debt. There was a protracted and painful debate about the merits of austerity that mutated into game of brinkmanship that brought Greece to the very edge of the cliff.

The Greeks loathed the IMF. It was one of the “bad guys” in the so-called troika of lenders that included the European Central Bank and the European Union’s executive arm, the commission. Together, the institutions pumped more than 290 billion euros (more than $320 billion) into Greece between 2010 and 2018.