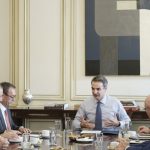 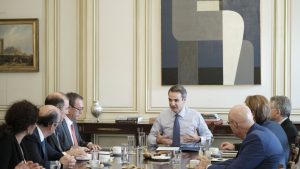 The prospects and opportunities opened after the signing of the agreement on the construction of the EastMed gas pipeline were discussed during the meeting.

The companies also expressed their interest in investing in other energy infrastructure projects, while the trust between the three companies, all of which are shareholders in the Hellenic Gas Transmission System Operator (DESFA), was reaffirmed.