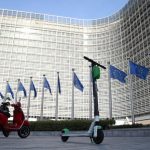 The impact of the coronavirus pandemic on the Greek economy appears to have been less than initially feared, as official data released by the Hellenic Statistical Authority (ELSTAT) showed only a 0.9% recession on GDP in the first quarter of the year.

The figure seems to affirm the government’s forecasts of an economic slowdown below 8% this year, instead of the 10% and above provided by international organisations so far.

In relation to the previous quarter, however (two quarters of 2020), the drop is 1.6%, according to the seasonally adjusted data of ELSTAT.

As stated in the announcement of ELSTAT, “the data for the first quarter of 2020 reflect the effects on GDP of the COVID-19 pandemic, mainly from mid-March 2020 onwards, when the restrictive measures came into force.”

Commenting on the data, Finance Minister Christos Staikouras said in a statement that “this proves that the economic plan of the New Democracy Government and its implementation is in the right direction.”