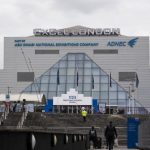 Conference tourism in Greece has been hit hard by the pandemic. The official branch of Hapco (Hellenic Association of Professional Congress Organisers) reported 70 pct losses in the turnover.

The pandemic “hit” the country while it had begun to rise spectacularly as a conference destination in European and international rankings. But the largest percentage of international conferences was postponed for next year, while about 20 pct were canceled outright, Hapco said in a statement.

The situation is expected to return to normal after the first quarter of 2021, unless there is a second round of Covid-19 in our country. The losses from the cancellation of conferences and events (Greek and international) is estimated at around 1.7 billion euros.

The industry is deeply concerned that although the doors of hotels are gradually opening, and conferences will likely begin as of July 1, no protocols have been drafted and no guidelines have been given regarding conference rooms.

Economics Professor: UFOs could be a big deal for the economy