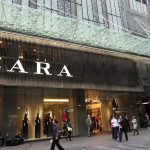 Zara owner Inditex said it is permanently closing as many as 1,200 stores – 16 per cent of it’s outlets worldwide – as the world’s largest fashion retailer moves to boost online sales after posting its first-ever loss due to the Covid-19 pandemic.

The closures are expected to be concentrated in Asia and Europe, and affect mainly smaller stores and Inditex brands other than Zara, such as Pull&Bear, Oysho and Stradivarius, the Spanish company said on Wednesday (June 10). The aim is to transfer their profit contributions to bigger shops or online.

Inditex has already been closing smaller outlets, while opening a few larger stores. This will accelerate over the next two years as the Spanish company doubles down on e-commerce, investing 1 billion euros (SGD 1.58 billion) on its online platform over the next three years.

It is also spending 1.7 billion euros on upgrading its stores and further integrating them with its digital platform. Larger stores will become distribution hubs for online sales, as well as places that customers can browse and buy products.