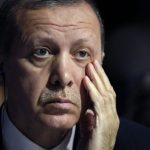 The Turkish central government’s gross debt amounted to 1.6 trillion Turkish lira (about $ 234 billion) in late May, according to official figures released by the Turkish government.

The rate was 33.7% higher than the corresponding month last year, the finance and finance ministry said.

More than half of the debt, or 825.2 billion Turkish lira ($ 121 billion), is in foreign currency, the ministry said.

Debt in foreign currency is the most precarious of the total debt as the Turkish state’s foreign exchange reserves have fallen below zero, while the measures taken by Erdogan to save his currency from collapse have effectively made the Turkish lira internationally non-tradable blocking the inflow of foreign exchange into the Turkish economy.

In effect, Erdogan is relying on bilateral agreements with his personal allies – such as the one with the Emir of Qatar – to ensure access to hard cash.

However, as the Turkish government’s debt relative to the country’s GDP remains relatively low, the Turkish state’s appetite for government borrowing is growing:

The private sector is finding it difficult to access loans – and especially the dollars it needs to repay its older debts – so Erdogan’s plan is to burden the state with public borrowing and then boost it with government money against rates in private businesses, using the Turkish Super Fund as a vehicle, an instrument directly controlled by Erdogan.

The borrowing bubble in Turkey is entering a phase of maturity, as all private individuals and the state are exploring the limits of their borrowing, creating the conditions for an even more resounding collapse if the mechanism is short-circuited in the face of economic reality.