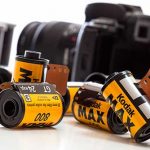 The Trump administration’s $765 million loan to the Eastman Kodak Co. for its launch of a business making pharmaceutical ingredients sent shares of the iconic camera company soaring.

“Never again do we want to rely on shipments from China or elsewhere in order to get lifesaving medical supplies,” New York Gov. Andrew Cuomo said in a statement.

Kodak, which is based in Rochester, N.Y., and has a long history of manufacturing chemicals used in photographic film, now plans to support “America’s self-sufficiency in producing the key pharmaceutical ingredients we need to keep our citizens safe,” Kodak’s executive chairman, Jim Continenza, said in a statement.

The Trump administration said the Kodak deal is the first of its kind and uses powers afforded by the Defense Production Act. The administration previously used these powers to demand that Ford Motor Co. F, begin manufacturing respirators and masks and that General Motors Co. GM, make ventilators.

It also awarded $354 million to Phlow Corp. in May to start producing active pharmaceutical ingredients, or API, among other chemical ingredients, used in certain essential medications. A spokesperson for Phlow said the company can’t disclose the list of drugs, but it includes treatments for pain and blood pressure that can be used by hospitalized COVID-19 patients. The total contract is worth up to $812 million. Phlow cites a shift toward producing API in China and India as the rationale behind its business model.

But one Wall Street analyst is questioning why these contracts were not awarded to companies like Amneal Pharmaceuticals Inc. AMRX, Mylan MYL, and Teva Pharmaceutical Industries Ltd. TEVA, all of whom have generic-drug manufacturing know-how.