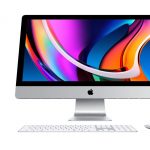 Apple became the first U.S. company to hit a market capitalization of $2 trillion on Wednesday, after its share price briefly climbed beyond the $467.77 mark needed to reach said milestone. Apple is only the second company in the world ever to reach a market cap of $2 trillion after the Saudi Arabian oil and gas giant Saudi Aramco had made the first ascent to similar heights in December 2019.

Despite the challenges posed by the coronavirus pandemic, Apple’s share price is up more than 50 percent this year, as the company’s business has proven surprisingly immune to the negative impact of the global crisis. The latest boost to Apple’s market cap came after the company announced robust revenue and profit growth for the quarter ended June 27 as well as a four-for-one stock split due to be finalized by the end of August.

The following chart illustrates Apple’s unparalleled rise from struggling $5-billion company in 2000 to world-beating powerhouse over the past twenty years, while also highlighting some of the most notable product launches along the way. While still flying high at the moment, the Cupertino-based company is also facing major headwinds in the form of antitrust probes and a possibly game-changing legal battle over its App Store rules.