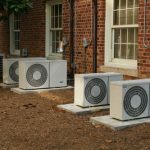 Driven by global warming and population growth, global demand for air conditioning is set to explode in the coming decades. According to the latest available estimates from the International Energy Agency, nearly two billion air conditioners are in use worldwide this year. This number is expected to increase to 5.5 million by 2050 and two markets will drive the majority of the world’s demand: China and India.

The number of air conditioners in service is also expected to increase eleven-fold in Indonesia and six-fold in Mexico and Brazil between 2020 and 2050. Yet, the number of units remains relatively small in those countries compared to those expected to be added in the two major Asian growth markets.

It is estimated that the world’s air conditioners and fans together account for about 10 percent of global electricity consumption. Unless air conditioning technology becomes significantly more efficient, the rising energy demand associated with cooling poses a huge environmental challenge before the middle of the century.