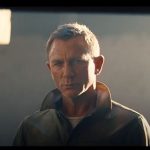 Metro-Goldwyn-Mayer Inc. held discussions with Apple Inc. and Netflix Inc. about taking its new James Bond film directly to streaming, according to people familiar with the situation, but the studio says it’s committed to a theatrical release.

The film, “No Time to Die,” could fetch hundreds of millions of dollars in a potential streaming sale, said the people, who asked not to be identified because the discussions were private. MGM declined to comment on any talks, but said the film “is not for sale.”

“The film’s release has been postponed until April 2021 in order to preserve the theatrical experience for moviegoers,” an MGM representative said.

Sergey Lavrov: Every state has the right to extend its sea borders to 12 nautical miles

Netflix and Apple declined to comment. Amazon Studios, another shopper for big-budget entertainment for its streaming service, said Friday that it’s not currently in talks to acquire the Bond film.

The MGM feature was originally scheduled to hit theaters in April 2020, but it was delayed until November after the Covid-19 pandemic forced theaters around the world to shut down. Even though cinemas have begun to reopen, consumers have been slow to return, and studios have been reluctant to release their biggest pictures. Earlier this month, “No Time to Die” was pushed back again until April 2021.

According to Variety, MGM took bids from Apple TV+, Netflix and others. However, it was looking for a deal worth approximately $600 million, a price tag that even the deepest pocket streaming services were not interested in.