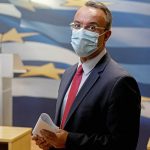 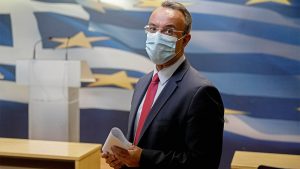 Greek Finance Minister Christos Staikouras is detailing the measures to support employees and businesses due to the total Covid-19 lockdown, announced earlier by PM Mitsotakis on Thursday.

Company employees whose work is suspended will have insurance contributions covered on a nominal basis.

– For companies that are suspended, it is possible to suspend the payment of VAT for the month of November and the possibility of a payment in 12 installments.

– All unemployment benefits that expired in September, October, November are extended by two months.

– The added support to the long-term unemployed concerns those who acquired the status after April.

– The list of companies that enter the Refundable advance 4 is expanded, at a cost of 1 billion euros

– A new plan for the extension of payment of checks will be announced.

The additional measures are expected to cost 3.3 billion euros.

Mitsotakis: Lockdown throughout Greece until November 30