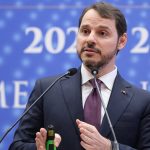 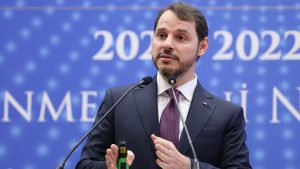 The news of the resignation of Turkish Finance Minister and son-in-law of Recep Tayyip Erdogan, Berat Albayrak caused confusion.

In the resignation announcement, which was made through Facebook, and while his twitter account is not accessible, Albayrak cited health reasons, newer information from the Presidential Palace stated that he was a victim of hackers. According to -, Erdogan’s son-in-law wanted to spend more time with his family.

However, many believe that his resignation is linked to the great devaluation of the Turkish lira in recent weeks.

However, according to -, a spokesman for the ministry confirmed the authenticity of the announcement on Instagram, but asked not to be named. However, sources in the cabinet have yet to confirm or deny the news to the agency.

Following the announcement of Albayrak’s resignation, all posts in recent months have been deleted from the Ministry of Finance and Finance’s official Twitter account.

In Turkey, only the opposition newsgroup Cumhurriyet publishes Albayrak’s post on twitter, unlike the newspapers that are close to Erdogan which do not cover the issue.

Erdogan is now called upon to approve the resignation.

Albayrak, 42, was appointed Minister of Energy in 2015 and with the re-election of Recep Tayyip Erdogan in 2018, he was transferred to the Ministry of Finance.

The disturbing true story of the Pied Piper of Hamelin

During his tenure in the finance ministry, the Turkish economy was hit by two major shocks, double-digit inflation and high unemployment. The pound has lost more than half its value since early 2018.

The move came as a surprise to analysts and lawmakers. Deputy Transport Minister Omer Fatih Sayan wrote on Twitter that he hoped Albayrak’s resignation would not be accepted, adding that “our country, our people and our community need you”.

Mehmet Mouss, deputy chairman of the ruling AKP Party parliamentary group, said Albayrak had taken significant steps to boost the economy and hoped Erdogan would not accept his resignation.

“We are personally witnesses of his diligent work. If our President deems it necessary, I hope he will continue in his post”, Mous wrote on Twitter.

Cumhurriyet claims that Parliament Speaker Bulent Arinc met with Recep Tayyip Erdogan and expressed fears that MPs in the far-right Bahceli party and Erdogan’s government partner, would distance themselves. In fact, about 30-40 MPs were determined to join other opposition parties.

The Minister of Interior, Suleyman Soylu, was immediately mobilized, who met with the MPs, who confirmed the information to him. It was only then that Erdogan realized that the situation was particularly serious and told Albayrak that it was appropriate for him to resign.