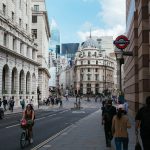 The Greek government is in talks with three banks in the City of London, which are reportedly considering transferring employees and activities to Greece, in view of Brexit, the chief financial adviser of Prime Minister Mitsotakis, Alex Patelis revealed in an interview with -.

With the Brexit transition period coming to an end, banks and other service providers are seeking to diversify their geographical assets outside the UK, with Athens vying to play a key role as one of the main destinations, the prime minister’s adviser said.

Mr. Patelis made reference to the large investment of Microsoft, as well as the fact that Moody’s cited it as one of the reasons that led it to the recent upgrade of Greece’s creditworthiness. He added that Athens wanted to attract other investments.

Among the moves the Greek government is making to this end, is the offer of tax incentives to investors, such as the regime that ensures tax-free for 50% of their income for foreigners who will move to Greece. The specific measure, which will be implemented from January 1, 2021, will apply to any work and will be valid for 7 years, he said.

This initiative is part of a wider package of tax cuts to attract foreign investors, such as retirees or those who are employed remotely and choose to move to Greece.

“Greece has the sun, we have been blessed with natural beauty, we want to attract more people, now we have low taxes, we are improving technology and we are calling on your viewers to ‘come to Greece’,” Mr. Patelis told -.

The government’s economic adviser estimated that the fall in GDP for this year will be a little less than 10%, but clarified that the financing needs are very low (below 10% of GDP, while most developed economies have higher than 20%).

Economy and health are interconnected, stressed Mr. Patelis, explaining that the faster we control the pandemic, the sooner the recovery will arrive. But on the other hand, the pandemic and the way the government manages it has also been an opportunity for Greece to improve its image abroad after 10 years of crisis. “Forget Grexit, forget Brexit, now we have Gr-entry and we want to attract all investments”, concluded Mr. Patelis.