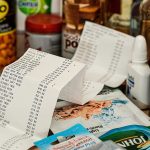 The coronavirus pandemic has dramatically changed urban life, but according to a recent study by the Economist Intelligence Unit (EIU), it has also changed the cost of living in cities.

With this crisis causing significant fluctuations in exchange rates, life became cheaper in the cities of Africa, America, and Eastern Europe, compared to the cost of living in Western Europe.

European cities rose in the ranking of the cost of living, with Paris and Zurich at the top of the list, along with Hong Kong. The outflow of foreigners from Singapore due to the pandemic brought the first drop in the population of the city in 17 years, and a decrease in prices brought it to 4th place in the list, while fifth place Osaka tied with Tel Aviv.

The top 10 most expensive cities to live in during the pandemic are completed by Geneva, New York, Copenhagen, and Los Angeles.

Tram services to and from Syntagma Square in Athens to resume

The city that has seen its cost of living rise more than any other is Tehran (79th from 106th last year) as US sanctions against Iran have affected supplies. The biggest drop was recorded in Reykjavik, Rio de Janeiro, and Sao Paulo. As is well known, Brazil has been hit hard by the coronavirus, resulting in a drop in its national currency and rising levels of poverty pushing up prices.

The lowest cost of living is recorded in Damascus, Syria, Tashkent in Uzbekistan, Lusaka in Zambia, Caracas in Venezuela, and Almaty in Kazakhstan. The top ten with the lowest cost of living is completed by Karachi, Pakistan, Buenos Aires, Argentina (as the government applies a price cap due to the pandemic), Algeria, Algeria, and the cities of Bangalore and Chennai, India.

EIU research has found that electronics prices have risen globally in the pandemic, due to high demand from those who work from home, while clothing prices have fallen. Prices of basic foodstuffs remained broadly stable, while personal care items, cigarettes, and beverages appreciated.