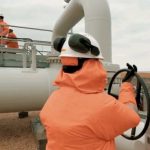 As the Trans-Adriatic Pipeline (TAP) became operational last month, a Greek official stated that his country had become the most important hub for gas from sources other than Russia in Southeastern Europe, also thanks to its LNG terminals.

Kostis Hatzidakis, Greece’s minister of environment and energy, hailed the start of TAP operations and said that through DEPA, the natural gas supply company of Greece, the country would start receiving gas from Azerbaijan by the end of the year.

“We look forward to the start of the delivery of commercial quantities of gas to the Greek market and specifically to DEPA under the existing gas supply contract from the Shah Deniz field until the end of the year,” Hatzidakis said.

He further argued that with this pipeline, in combination with other projects such as the Greek-Bulgarian natural gas pipeline IGB and the Liquefied Natural Gas terminal of Alexandroupolis, Greece becomes the most important transit hub for the transportation of alternative natural gas sources in Southeastern Europe.

Haute cuisine at SNFCC through collaboration with “Dipnosofistirion”

Hatzidakis recalled that the choice of the Southern Corridor route through Greece and TAP was made by the Shah Deniz consortium in June 2013 under the government of New Democracy led by Prime Minister Antonis Samaras.

This statement can be interpreted as a compliment to his political party, but it should be noted that during the Samaras government, which was under pressure to sell state assets, two major Greek gas companies offered for sale were acquisition targets for Russia, which ultimately failed to buy them.