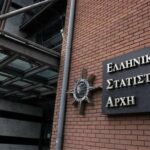 Despite the unprecedented global recession, the General Government deficit in 2020 was kept in the single digits.

According to the Hellenic Statistical Authority, the public debt jumped to 341 billion euros. Based on the provisional data announced by ELSTAT:

At the same time, ELSTAT is revising downward the surplus of the previous years 2017-2020. Compared to the first estimates of October 2020, in April 2021 ELSTAT revised downwards the surplus it had announced, as follows:

The reasons for the revisions to the deficit and debt between the two reports (October 2020 and April 2021) are mainly newer “updated” data and methodological changes in the classification of some specific transactions.