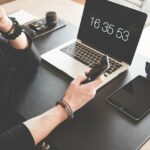 Figures from the OECD reveal the countries in which the average hour of work contributes the most to GDP. As our infographic shows, no matter how hard the average worker in Mexico works, they won’t be as productive (in GDP terms) as the average person toiling away in Ireland. An average hour’s work in the North American country contributed $20.3 to the economy while in Ireland this contribution is on average $102.7.