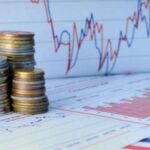 Greece formally submitted its national recovery plan to the European Union on Tuesday, hoping for a boost to economic growth by as much as seven percentage points over the next six years, the government’s spokeswoman said.

Under the multi-billion euro coronavirus recovery package agreed by European Union leaders last year, Athens is to get 18.2 billion euros ($21.96 billion) in grants and 13 billion euros in cheap loans over the coming years, equal to about 16% of its gross domestic product.

It is expected to get added leverage from the private sector via equity capital and loans, meaning total funds for investments will be increased to nearly 60 billion euros.