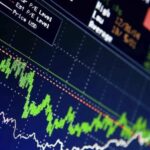 Today, the Greek State opened the book of offers for a 5-year bond, with initial offers reaching 14 billion. According to -, which cites sources of contractors, the interest rate has been limited to MID Swaps + 50 base units, ie a little more than 0.2%.

The bond matures in February 2026. The Ministry of Finance announced yesterday, Tuesday, that it commissioned the consortium of Barclays, Bofa Securities, Commerzbank, Morgan Stanley, and Societe Generale to run the process.

This is the 3rd time in a row the Greek state has gone to the markets since the beginning of the year. So far, the Ministry of Finance has raised 6 billion euros with low-interest rates from 10 to 12 billion euros that are the original target that the Public Debt Management Agency (PDMA) has been developed for the whole year