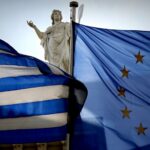 The Financial Times reports on the course of the Greek economy and the prospect of its positive course over the next period, citing international finance houses, pointing out the catalytic role that the National Recovery Plan will play.

According to the Financial Times, economists and analysts estimate that the Recovery and Resilience Facility (RRF) will be the starting point for a new recovery in Europe. At the same time, as they note, the Greek plan, which received rave reviews in Brussels for its coherent planning, predicted a boost of 7% of GDP by 2026.

However, Morgan Stanley’s forecast is even more optimistic, projecting GDP growth of 12%, while Standard & Poor’s forecasts an increase of 18%, the largest increase compared to all other countries.

According to Jacob Nell, head of financial affairs at US Investment Bank, the main concern with the programme is how much and how effectively the funds will be spent. Indicatively, it is stated that in the six years until 2020 (2014 – 2020), on average, European countries spent only 1/2 of the money distributed to them by Brussels.

But the absorption of funds from European funding in the period 2008 – 2014 reached about 90%, which shows that countries have a better performance in raising funds in times of recession, as well as the one we are going through at the moment.

Rockets fired into Israel from Gaza Strip by Hamas (video)