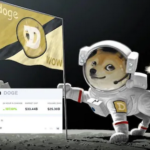 SpaceX will launch the “DOGE-1 Mission to the Moon” in the first quarter of next year, with Elon Musk’s commercial rocket company accepting the meme-inspired cryptocurrency dogecoin as payment.

“SpaceX launching satellite Doge-1 to the moon next year – Mission paid for in Doge – 1st crypto in space – 1st meme in space”, Musk said in a tweet.

Geometric Energy Corporation announced the dogecoin-funded mission earlier on Sunday, with the statement not disclosing the mission’s financial value.

“This mission will demonstrate the application of cryptocurrency beyond Earth orbit and set the foundation for interplanetary commerce”, SpaceX Vice President of Commercial Sales Tom Ochinero was quoted as saying in the statement released by Geometric Energy.