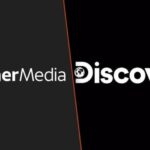 Telecom giant AT&T announced Monday a deal to combine its content unit WarnerMedia with Discovery, paving the way for one of Hollywood’s biggest studios to compete with media giants Netflix and Disney.

Under the agreement, AT&T will unwind its $85 billion acquisition of Time Warner, which closed just under three years ago, and form a new media company with Discovery. The deal would create a new business, separate from AT&T, that could be valued at as much as $150 billion, including debt, according to The Financial Times.