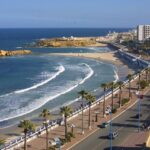 During the first quarter of the year, our country’s exports to Saudi Arabia, including petroleum products, amounted to €141.2 million compared to €68.2 million in the corresponding period of 2020, recording an increase of 107%, according to the Hellenic Statistical Authority (ELSTAT).

It is worth noting that in 2020, Saudi Arabia attracted a total of $ 10.4 billion in Foreign Direct Investment. Despite the fact that the total number of Foreign Direct Investment projects in the country decreased to 73, recording a decline of 49%, the country drew 18% of total foreign investment, realised in 2020 in the Middle East region of North Africa last year, after successive amendments to its investment legislation to improve the business environment (changes to about 200 of the 400 investment legislation regulations).