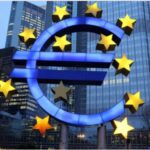 The European Central Bank set a new inflation target on Thursday after an 18-month strategy review, hoping to bolster its credibility after undershooting its current objective for nearly a decade.

In a widely expected decision, foreshadowed by policymakers, the ECB set its inflation target at 2% in the medium term, ditching a previous formulation for “below but close to 2%,” which created an impression the euro zone’s central bank worried more about price growth above its target than below it.

Although the ECB said its target would be symmetric, it made no specific reference to tolerating an inflation overshoot after long periods of ultra-low price growth, a possible disappointment for investors who were looking for such a commitment that would ensure stimulus well into the recovery.

The first strategy review since 2003 was among ECB President Christine Lagarde’s top priorities and the project was launched immediately after she took over leading the bank from Mario Draghi in late 2019.