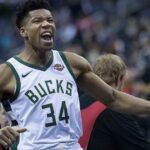 Giannis Antetokounmpo going for “MVP” in the business world 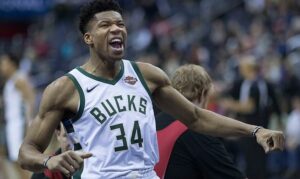 NBA champion Giannis Antetokounmpo never loved money more than basketball, nor did he perhaps seek the riches that eventually came his way, as his poor and humble background, but most importantly the values that his parents instilled in him guaranteed.

The wealth really was a by-product of his dedication to hard work and incredible focus, not an end in itself. Since his 2013 entry into the NBA – the Greek Freak is now reaping the material fruits of his love for hard work and humble approach, as the Bucks superstar has been hauling in cash both with on and off-court deals.

The Greek Freak is earning tens of millions of dollars annually from his “golden” contract with the Bucks and his sponsors.

In 2021 it is estimated that it will reach and possibly exceed $ 70 million.

Money, however, should not remain “parked” according to the unwritten laws of the market, nor should it simply be “stashed” in some bank accounts. And Giannis appears to be well-aware of this.

So, Antetokounmpo has become a smart businessman. And given his mentality and openness to absorbing everything he gets involved in, it is pretty certain he is on his way to becoming an MVP in the business world.

Recently, the focus of his “off the court” business activities is the company Ready Nutrition, a start-up that specialises in sports nutrition products and has been its co-owner since May 2020, together with the star of the American Los Angeles Rams football (NFL) player Aaron Donald and its founder and president, Pat Cavanaugh, a former basketball player at the University of Pittsburgh.

Its latest deals are increasing sales and revenue in an exponential way, creating higher expectations for the immediate future.

The popularity of Giannis in basketball is a definite boost for Ready Nutrition to expand its range of collaborations with American teams, as happened a few days ago with that of Gonzaga University (the Bulldogs), which was in the final of this year’s US College Championship.