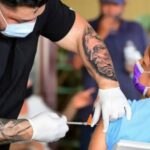 Pfizer BioNTech and Moderna are making $ 65,000 a minute from their Covid-19 vaccines 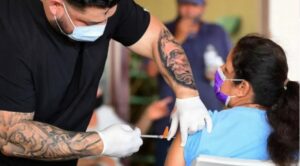 Pfizer BioNTech and Moderna are making a total of $ 65,000 a minute thanks to their vaccines against Covid-19, according to a report by the People’s Vaccine Alliance, which is promoting a fairer distribution of vaccines in the world.

In contrast, AstraZeneca and Johnson & Johnson sell their vaccines at a cost price.

The two pharmaceutical companies made the money by selling the vast majority of their vaccines to rich countries, to the detriment of less developed countries, where the vaccination rate against Covid-19 remains low, the group said.

According to official estimates released by the companies, Pfizer BioNTech and Moderna will accumulate profits before tax of $ 34 billion this year, or more than $ 1,000 per second, $ 65,000 per minute, or $ 93.5 million a day.