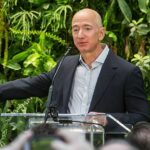 While Amazon has already kicked off its Black Friday promotions, the company’s workers are bracing for what will likely be the most stressful days of the year. Whether it’s warehouse workers or delivery drivers, every link of the supply chain will be stretched to its limits, as millions of consumers around the world are itching to spend their holiday cash on what are supposedly the best deals of the year.

Amazon’s revenue typically spikes by 40-60 percent in the holiday quarter compared to the rest of the year, putting an enormous strain on the company’s logistics backbone. As our chart illustrates, Amazon hires thousands of seasonal workers every year to help carry the workload across its network of fulfillment/sortation centers and customer service sites.

This year will be a little different from previous years, however, as Amazon workers in more than 20 countries are planning to carry out strikes, protests and demonstrations on Black Friday. The “Make Amazon Pay” protests, led by a coalition of labor organizations and public advocacy groups aim to draw attention to the numerous ways critics say the company cuts corners by mistreating workers, not paying its fair share of taxes nor taking responsibility for its impact on the planet.

And while the protests are unlikely to put a real dent in Amazon’s well-oiled supply chain, they might raise awareness for the situation of hundreds of thousands of workers doing the literal heavy lifting in times like these.