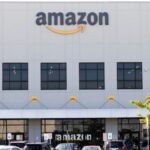 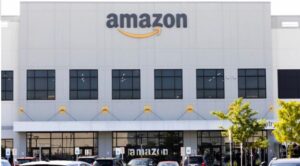 A strong message of confidence in the prospects of Greece was sent yesterday by Amazon Web Services, the technology arm that for the last 15 years has been separated from the popular retail platform and has become a global leader in the “cloud platform”.

Specifically, as announced yesterday from the podium of the AWS world conference, reInvent in Las Vegas, the Vice President and Chief Technology Officer of amazon.com, Werner Vogels, Greece will be one of the 30 local “zones” that the tech giant aims to develop in 2022 worldwide, one in a total of 3 in Central and Southern Europe (the other two will be in the Czech Republic and Poland).

“We will be launching more than 30 new AWS Local Zones in major cities around the world. These new AWS Local Zones will be available from 2022 in more than 21 countries, including Argentina, Australia, Austria, Belgium, Brazil, Canada, Chile, Colombia, Czech Republic, Denmark, Finland, Germany, Greece, India, Kenya, the Netherlands, Norway, the Philippines, Poland, Portugal and South Africa, and will connect with 16 Local Zones across the US, helping you to serve the end-users around the world with an even shorter time lag”.

Amazon “local areas” are a type of infrastructure that brings together computers, storage, and other select services in metropolitan areas. The services allow end-users to run high–end programs without delay. ”

The new “local zones” are added to the existing 16 of the AWS existing in the US and specifically in Boston, Chicago, Dallas, Denver, Houston, Kansas City, Las Vegas, Los Angeles, Miami, Minneapolis, New York, Philadelphia.