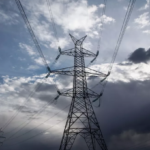 The cost of electricity will soar as much as 130% for some households, the Haberturk newspaper estimated, as the country switches to a graduated tariff system.

The moves could further drive Turkish inflation, which is expected to accelerate to 27.4% in December, according to the median estimate in a - survey. The country’s statistics institute will announce the actual figure on Monday.

Under the new electricity charges, households will pay 1.37 liras ($0.09) per kilowatt-hour for as much as 150 kilowatt-hours per month, and 2.06 liras above that limit, the nation’s energy markets regulator said in a statement late Friday.

Botas, Turkey’s state gas company, separately raised natural gas prices by 25% for households, 15% for power plants and 50% for factories from Jan. 1, according to a statement on its website late Friday.