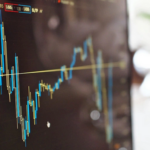 The Greek Stock Exchange “extinguished” the damage of the pandemic in today’s session, with the general index closing above 950 points, for the first time since January 24, 2020.

That Friday, the Greek stock market closed at 948 points, but over the weekend that followed, concerns about the impact of the coronavirus pandemic became global, resulting in “collapse” of markets.

The general index of the Athens Stock Exchange “hit its bottom” on March 18 of the same year, at 487 points and since then its new rise began, as there was optimism that the pandemic could be controlled in a few months.

European stock exchanges, like the US, had covered the pandemic losses much earlier.

It is noted that in Wednesday’s meeting, the stock market closed with an increase of 1.69% and a very large turnover, which exceeded 128 billion euros.

In a major turn, The Times of London support the return of the Parthenon Marbles to Athens after 50 years