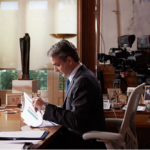 A significant increase in the minimum wage from May 1 will be announced tonight by Prime Minister Kyriakos Mitsotakis during the interview he gave to Nikos Hatzinikolaou and is scheduled to be broadcast on ANT1’s.

Although the government is keeping quiet about the amount of the new increase that will take effect from May 1, information indicates that the most prevalent of the scenarios on the table wants the minimum wage to be set at 703 euros from 663 that is from the current month.

The scenarios, although still early, predict a further increase of even 5% -6% if the growth rate exceeds this percentage. Therefore, the cumulative increase may reach 8% (i.e. 2% + 6%) in the first and second half of 2022 respectively.

However, the Minister of Labor, Kostis Hatzidakis, has assured that the higher growth rates create conditions for the “economy to move forward” and this will be reflected in the salaries of employees.

The intention of the government is to give a social dividend which will be reflected in the minimum wage.

From January 1, 2022, the new minimum wage came into force by decision of the Minister of Labor and Social Affairs, Kostis Hatzidakis, following the agreement expressed by the Council of Ministers last July. The legal minimum wage and the legal minimum wage today, for full-time employment, for employees and craftsmen across the country are set as follows:

a) For employees the minimum wage is increased by 2% and is set at 663 euros from 650 euros previously.

b) For craftsmen the minimum wage is also increased by 2% and is set at 29.62 euros from 29.04 euros previously

The new minimum wage of 663 euros can be up to 195 euros higher for those who had established previous service until 2012.