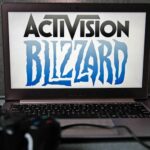 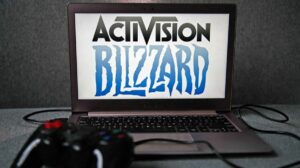 Not even a week after Take-Two Interactive acquired mobile game developer Zynga for $12.7 billion, Microsoft claimed the title of the most expensive video game company acquisition in history. If the deal gets past U.S. regulators, the tech giant will acquire beleaguered gaming company Activision Blizzard King for the sum of $68.7 billion. As our chart indicates, a deal this valuable will most likely not happen again anytime soon.

Tencent, for example, held the record for most valuable acquisition for five years since buying an 81.4 percent share of developer Supercell, the firm behind mobile hit Clash of Clans, for $8.6 billion in 2016, which amounts to inflation-adjusted $10 billion. But even if Activision Blizzard King might be Microsoft’s most recent and most lucrative catch if they can clean up the act of the company which has come under fire for alleged workplace harassment and toxic office culture, the tech giant has been known to heavily invest in the games space for some time now. In 2020, it bought ZeniMax Media for $7.5 billion, $8.7 billion if adjusted for today’s inflation, to bolster its roster of internal studios in the lead-up to the release of its current-gen consoles Xbox Series X and Series S. Its acquisition of Minecraft developer Mojang for inflation-adjusted $2.9 billion in 2014 pays dividends to this day as well, with total game copies sold doubling to 200 million between 2016 and 2020 according to company statements.

Except for deals struck by Tencent, Microsoft, Take-Two and Activision Blizzard, prices for acquisitions are normally located in the low billions. According to media reports, only 16 video game company acquisitions or mergers in history had a price tag of more than $1 billion. That those billion-dollar deals often include mobile game developers like Zynga, Supercell, King, Glu Mobile, which was bought by Electronic Arts in 2021, and Moonton, which ByteDance scooped up in 2021, is no coincidence. The revenue in the mobile game market, which includes both free-to-play games with in-app purchases and games with a regular price tag, was estimated at $94 billion or a market share of 70 percent in 2020 according to our Statista Digital Market Outlook.