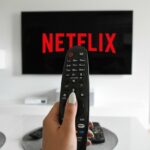 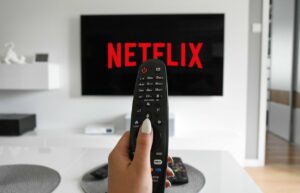 After massive gains during the first stages of the Covid-19 pandemic, net paid subscriber growth at Netflix took a hit in 2021. The latest quarterly results exceeded expectations, but when compared to 2020’s Q4 subscriber additions, the 8.28 million added globally in Q4 2021 represent a continued decline which led directly to a 20 percent fall in share price off of the news.

You might remember the Q3 results though, and how Squid Game had “helped Netflix reboot subscriber growth”. Those figures had co-CEO Reed Hastings feeling optimistic for the future: “We’re in uncharted territory. We have so much content coming in Q4 like we’ve never had, so we’ll have to feel our way through and it rolls into a great next year also.” So what now? While Q3 had provided a glimmer of hope for the streaming giant, the Squid Game effect was only temporary and Q4 has pulled things back into perspective. As this infographic shows, The final quarter of the year has brought in a smaller and smaller volume of new paid subscribers since 2018.

Looking ahead to Q1, Netflix said: “For Q1’22, we forecast paid net adds of 2.5m vs. 4.0m in the year ago quarter. Our guidance reflects a more back-end weighted content slate in Q1’22 (for example, Bridgerton S2 and our new original film The Adam Project will both be launching in March). In addition, while retention and engagement remain healthy, acquisition growth has not yet re-accelerated to pre-Covid levels. We think this may be due to several factors including the ongoing Covid overhang and macro-economic hardship in several parts of the world like LATAM.”