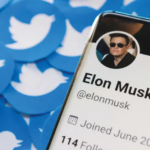 Musk expected to be temporary Twitter CEO after closing $44b takeover

Elon Musk is expected to become Twitter’s temporary CEO after closing his $44 billion takeover of the social-media firm, CNBC reported on Thursday, as the billionaire inches closer to securing funds for the deal.

Musk, the world’s richest man, is also the CEO at Tesla Inc TSLA.O and heads two other ventures, The Boring Company and SpaceX.

Tesla shares dropped 2.7% indicating that investors were concerned about his increased involvement in Twitter. Twitter shares extended gains and were up about 4% at $50.89, but were still shy of Musk’s offer of $54.20.

Reuters reported last week that Musk had lined up a person for the top job at Twitter. Parag Agrawal, who was named Twitter’s CEO in November, is expected to remain in his role until the sale of the company to Musk is completed.

Earlier on Thursday, Musk listed a group of high-profile investors who are ready to provide funding of $7.14 billion for his Twitter bid, including Oracle’s co-founder Larry Ellison and Sequoia Capital.

Saudi Arabian investor Prince Alwaleed bin Talal, who had initially opposed the buyout, also agreed to roll his $1.89 billion stake into the deal rather than cashing out, a regulatory filing showed.

“Great to connect with you my “new” friend @elonmusk … Kingdom Holding Company and I look forward to roll our ~$1.9 bn in the “new” Twitter,” Alwaleed said in a tweet.