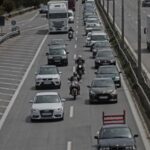 The European Union is preparing to implement a series of energy-saving measures to react to the prospect of Moscow completely shutting down the gas supplies.

According to a report by the Spanish “El Pais”, presented by the Greek newspaper “TA NEA”, the Commission intends to present on May 18 an emergency plan for actions to be taken in the near future.

The plan covers, at least in theory, the case of a total collapse of the inflow of Russian energy into the European market and is based on the Regulation on Security of Supply, which has been in force since 2017 – and may, under certain conditions, be extended to oil, despite the fact that it concerns natural gas specifically.

The actions under consideration involve:

-Teleworking up to three times a week can save up to 500,000 barrels of oil. One day of teleworking equates to 170,000 fewer barrels of oil per day.
-Vehicle sharing and mild financial support which is estimated to result in 470,000 fewer barrels.
-Reducing speed limits on highways by at least 10 kilometers per hour which would equal 430,000 barrels less.
-Sundays without cars in cities, resulting in 380,000 barrels less, while the use of odd-even license plate numbers in cities would save 210,000 barrels of oil. Additional energy-saving proposals are also: limiting the amount of air travel for business purposes, and the use of electric vehicles and trains instead of airplanes.

The aim is to ensure energy efficiency, primarily for households and vital public services, as well as for those sectors of production that are vital (as was the case with the first lockdowns of 2020, after the pandemic broke out).