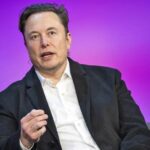 Elon Musk has said his $44 billion purchase of Twitter will not move ahead until he has more clarity on how many accounts are fake.

Twitter estimated in a filing earlier this month that fewer than 5% of its monetizable daily active users — known as mDAUs — during the first quarter were bots or spam accounts.

But Musk estimates that around 20% of the accounts on Twitter are fake or spam accounts and he’s concerned that the number could be even higher.

“My offer was based on Twitter’s SEC filings being accurate,” Musk tweeted early Tuesday morning. “Yesterday, Twitter’s CEO publicly refused to show proof of <5%. This deal cannot move forward until he does.”

Twitter’s shares slipped 2.22% in pre-market trading on Tuesday. A spokesperson for Twitter did not immediately respond to a CNBC request for comment.