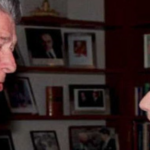 You have to go all the way back to 1981 when stocks, bonds, inflation-protected bonds and industrial metals were all slumping simultaneously.

Then, as now, the Federal Reserve was hiking interest rates to quell inflation.

“Just like today, the world’s central banks were obsessed with ‘breaking the back’ of inflation, which, like a monster in a horror movie, kept appearing to die before coming back with second and third winds,” says Dhaval Joshi, chief strategist for BCA Research’s Counterpoint. “Just like today, the central banks were desperate to repair their badly damaged credibility in managing the economy.”

“And just like today, central bankers hoped that they could pilot the economy to a ‘soft landing’, though whether they genuinely believed that is another story,” he added.

Joshi said the transition from stagflation to recession fears leaves investors with no place to hide. In April, bonds saw the worst drop on stagflation concerns, whereas in May, industrial metals and stocks are retreating, which are classic recession casualties.

Going back to 1981, bond prices bottomed first, in the late summer. Stocks remained under pressure for the next few months, but were higher 12 months later. And industrial metals didn’t recover their highs for several years.

If that’s the case now, he says, bond prices are now entering the bottoming process. Stocks would bottom next, and see a quicker recovery than 40 years ago because of their increased sensitivity to bond yields. Industrial metals, he adds, are likely to suffer at least double-digit losses over the coming year.