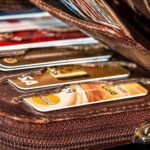 The International Monetary Fund has said that it expects inflation pressures to be significant around the world in 2022. Inflation is predicted to be worse in developing economies, where price increases are projected to reach 8.7 percent on average over the course of this year. In developed nations, this number was put at 5.7 percent by the IMF.

After the invasion of Ukraine by Russia in February, the organization revised their inflation projections upwards – by 1.8 percent for developed countries and 2.8 percent for developing nations. This shows that even before the war in Ukraine disrupted global energy and food supplies, inflation projections had already been quite high as supply chains overstretched by restocking needs after the end of major Covid-19 lockdowns had already caused inflation to rise to levels not seen since the aftermath of the Great Recession. Because many developing nations are experiencing economic growth, inflation is generally higher on average in this group of countries. But this doesn’t mean that inflation cannot hit non-industrialized countries hard if it happens at a time when their economies are struggling.

Countries experiencing conflict, upheaval or major economic problems in 2022 are expected to see inflation rates far above the global average of 7.4 percent. Among them are Venezuela, Sudan, Zimbabwe, Turkey, Yemen and Argentina. Almost 80 countries – from the developed and the developing world – are projected to see inflation above 5 percent but below 10 percent. This is more than the around 60 which are expected to keep inflation below the 5-percent mark.